Hedging Strategies to Help with Longevity Risk for Pre-Retirees (Pt. 3) 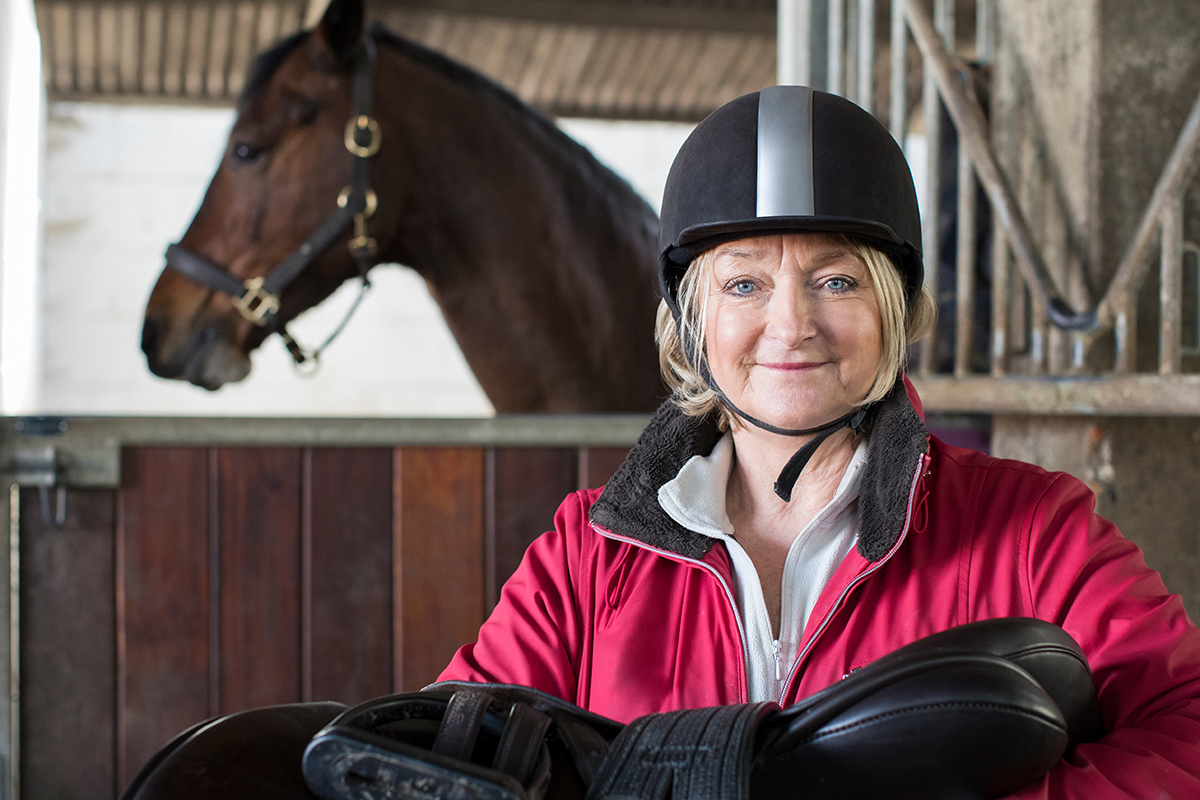 In our first blog post, we discussed how Steve and Sandy used a deferred income annuity (DIA) to create a longevity-risk hedge. In our second blog post, we met Tom and Tammy, and learned how a variable annuity with prinicipal protection might provide income later in life.

Now, we meet Lori, a member of Women of Age Riding (WAR) and Athena, her recently acquired, well-schooled horse. In her early retirement years, Lori, who just turned 62, needs income to support her “horse habit”. She is also concerned about having income later in life; her mother lived to be more than 100 years old. Lori wants a solid plan in place before she retires.

Can Lori manage her competing concerns—higher income now and a longevity hedge—so she and Athena still make it to the show ring?

As Lori is on her own, her Social Security claiming options are simple—claim or not. Her only choices involve when she claims. Let’s look at three different strategies she might consider and potential issues with each strategy.

Potential Issue: This may limit her income options in her early retirement years.

Lori could claim at FRA and receive her full benefit. She still will need some income in her earliest retirement years, and will reduce the value of her Social Security benefit as a longevity-risk hedge.

Potential Issue: This strategy will help with cash flow; however, withdrawals from other assets may be needed to cover the cost of improving her riding skills and showing Athena, which may negatively affect her longevity-risk hedge.

By waiting until age 70 and receiving delayed retirement credits (DRCs), Lori will permanently have a higher benefit. But she will need to use her assets to produce income for her early years AND still be able to produce some additional predictable income later in life. She also is concerned that the required minimum distributions (RMDs) from her IRA will create more income than she needs at that time and will drain her IRA faster than desired.

Potential Issue: IRA assets might be used as an income bridge in the early years, but predictable income in the later years still may be an issue.

With competing concerns, Lori might not be able to both enjoy her horse habit and meet her retirement-income goals.

One possible solution for Lori involves using a combined strategy. First, Lori uses some nonqualified assets to purchase a variable annuity with a lifetime guaranteed minimum withdrawal benefit (LGMWB). The LGMWB allows Lori to have a distribution of up to 7%, although the payment could drop to 3% if the value of the variable annuity goes to zero.

The monthly payments from the variable annuity will act as an income bridge until her FRA. She also decides to purchase a qualified longevity annuity contract (QLAC) with some of her IRA assets to generate guaranteed income payments that begin at age 80. When she reaches her FRA, she will reduce the distributions from the nonqualified annuity, allowing that asset to potentially grow. She has the QLAC to provide guaranteed income later in life. (If needed, she could start the QLAC payments as early as age 75 or delay them as late as age 85.)

Lori now feels confident that she can start her training program, get ready for next spring’s show season, and still feel comfortable that she will have an income resource available in her later years.

For more information on retirement-planning strategies, please contact the Retirement Strategies Group at (800) 722-2333, or email us at RSG@PacificLife.com.

Social Security Strategies: Deciding When to Take Your Benefits