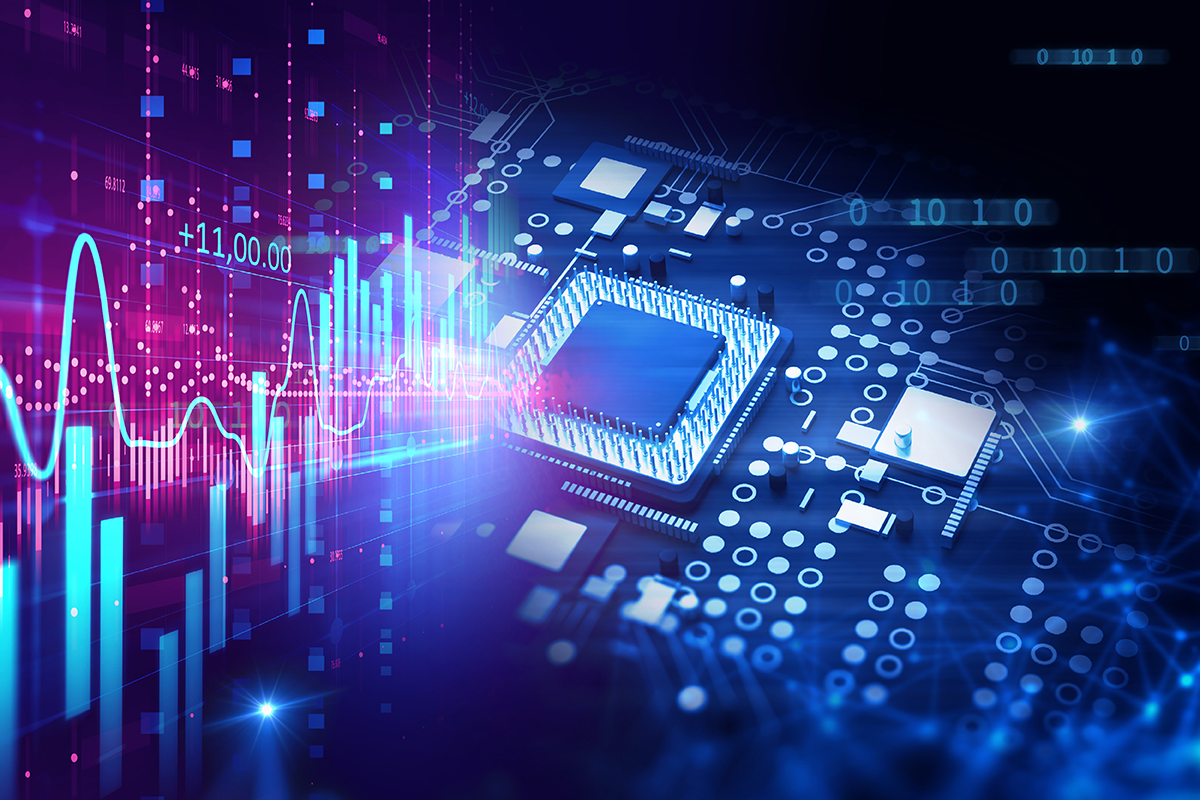 Large-cap growth stocks continued their upward momentum during the third quarter of 2021. Falling interest rates helped the interest-rate-sensitive stocks, while the flattening yield curve dragged the financial sector. Emerging markets suffered from exposure to Chinese stocks, which have been battered by the Evergrande debt crisis. Investors had compared Evergrande’s situation to the Lehman Brothers fallout, which heightened concerns of contagion.

This shortage in chips has continued for more than a year and is not expected to be resolved in the near future. The auto industry has had to deal with temporary shutdowns, and, as a result, is producing much fewer vehicles. Chip supply was expected to bottom out earlier in the year; however, a recent surge in COVID-19 cases caused a new round of plant closures that halted chip production in countries such as Malaysia.

While vaccine progress continues among Americans, the Delta variant has caused active cases to surge once again in recent months, including in the U.S. 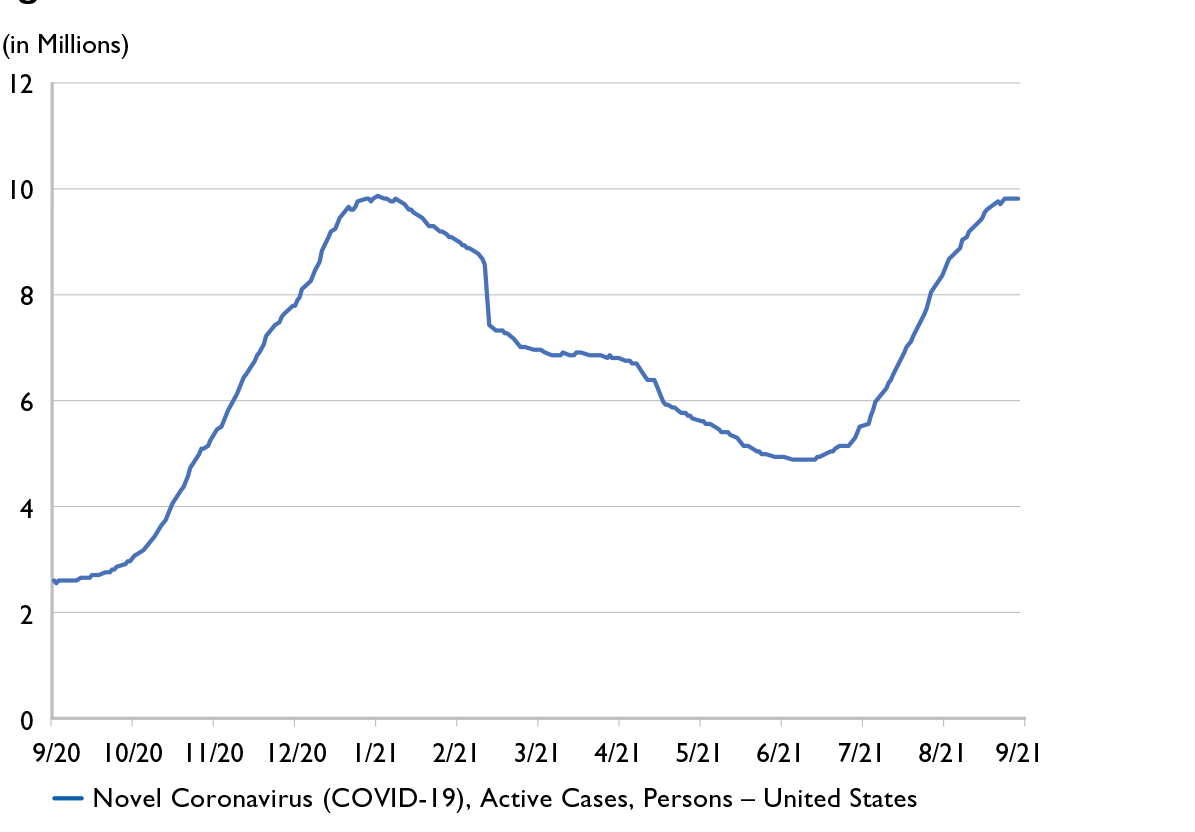 Once again, investors rotated into Big Tech names. The lack of strong growth for traditional businesses and U.S. households now dealing with the Delta variant have favored a few dominant companies and sectors, such as U.S. large-cap growth stocks, leading to extremely high valuations for many of the tech giants.

The following chart shows that the price-to-earnings ratio of the S&P 500® index reached its peak near the end of 2020 before falling off. 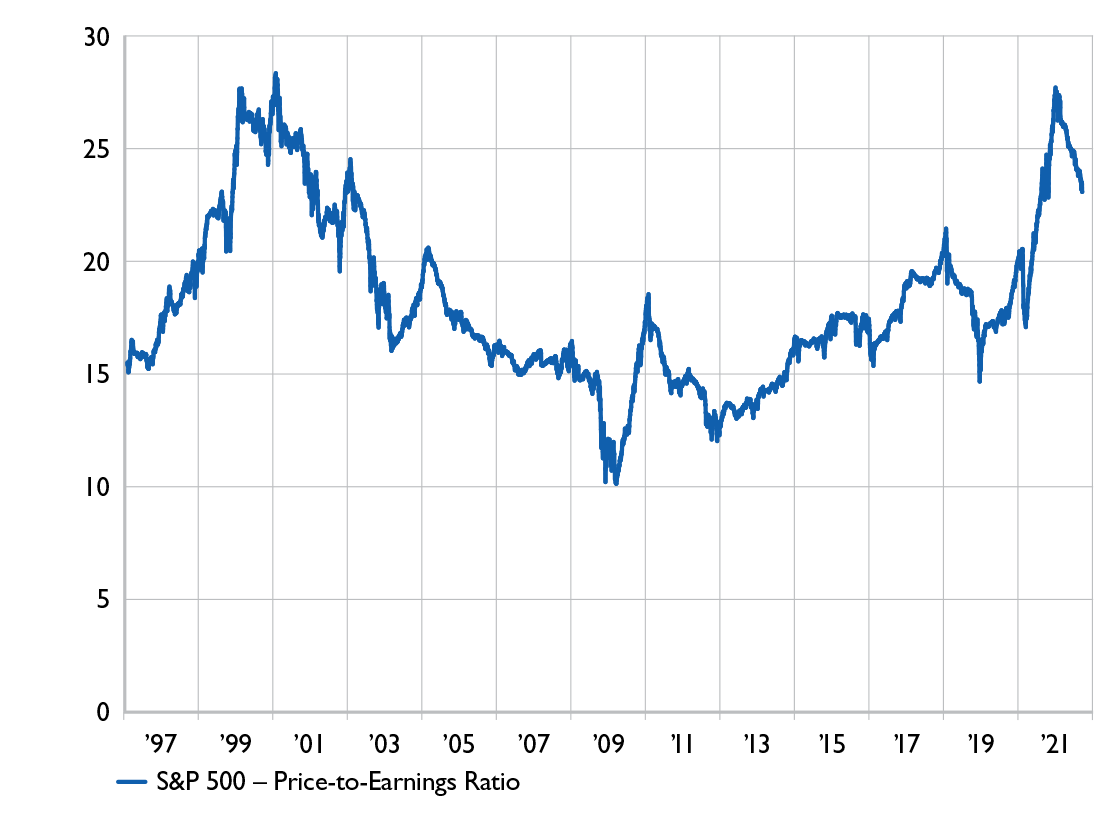 However, by separating the index into value and growth as well as size, we can see how expensive large-cap growth is relative to its small-cap value counterpart. It should be noted that U.S. Big Tech names are represented in the large-cap growth indexes, while smaller financial companies make up a bulk of small-cap indexes. The following chart illustrates that it’s mainly large-cap growth stocks that maintain elevated price-to-earnings ratios, indicating the frothiness of U.S. Big Tech names. On the other hand, small-cap value now trades at attractive levels. 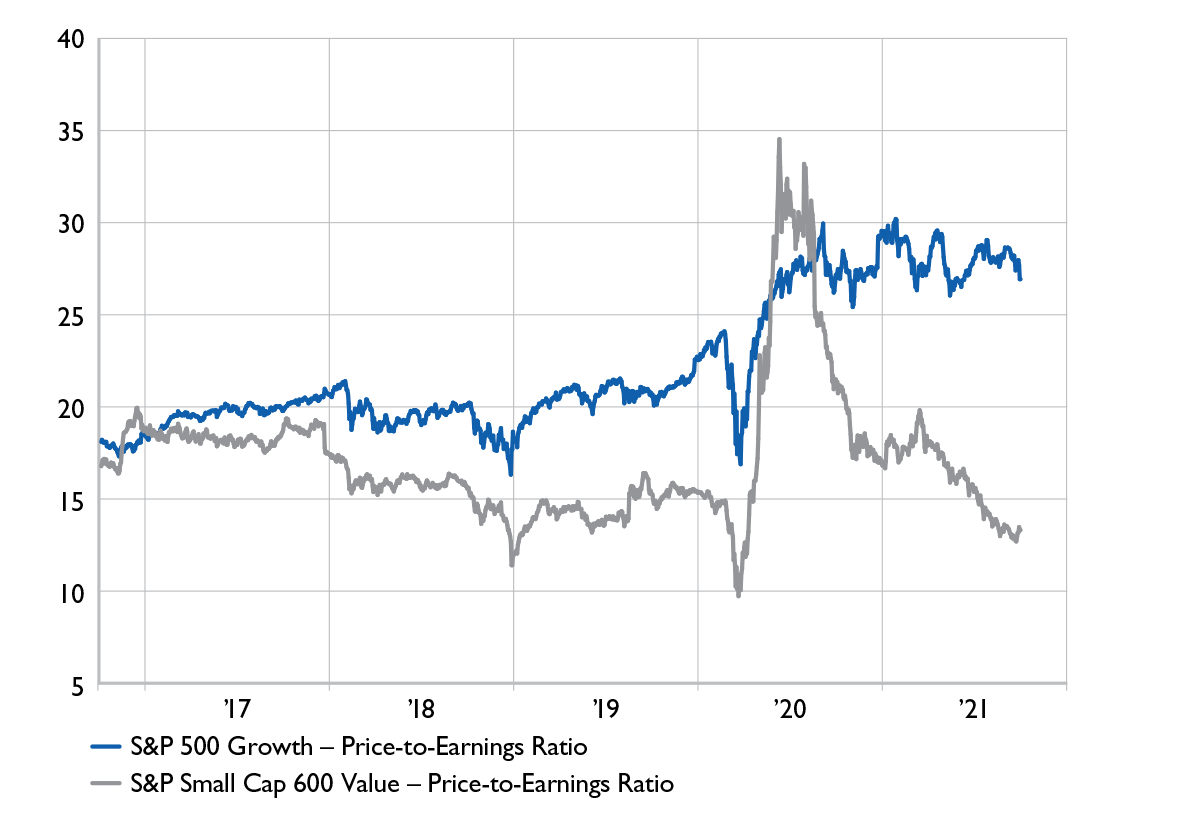 The Fed is likely to stick close to its plans related to interest rates and the eventual tapering of its $120 billion per month asset-purchase plan. The Fed suggested that it may start this gradual tapering at its meeting in early November. As the Fed slows its Treasury buying, the yield curve may begin to steepen, which should be a tailwind for financials.

While the reflation trade took a breather, we believe both value and small caps look attractive and could come back in favor.

This commentary represents the views of the portfolio managers at Pacific Life Fund Advisors LLC as of 10/13/21 and are presented for informational purposes only. These views should not be construed as investment advice, an endorsement of any security, mutual fund, sector or index, or to predict performance of any investment. Any forward-looking statements are not guaranteed. All material is compiled from sources believed to be reliable, but accuracy cannot be guaranteed. The opinions expressed herein are subject to change without notice as market and other conditions warrant.