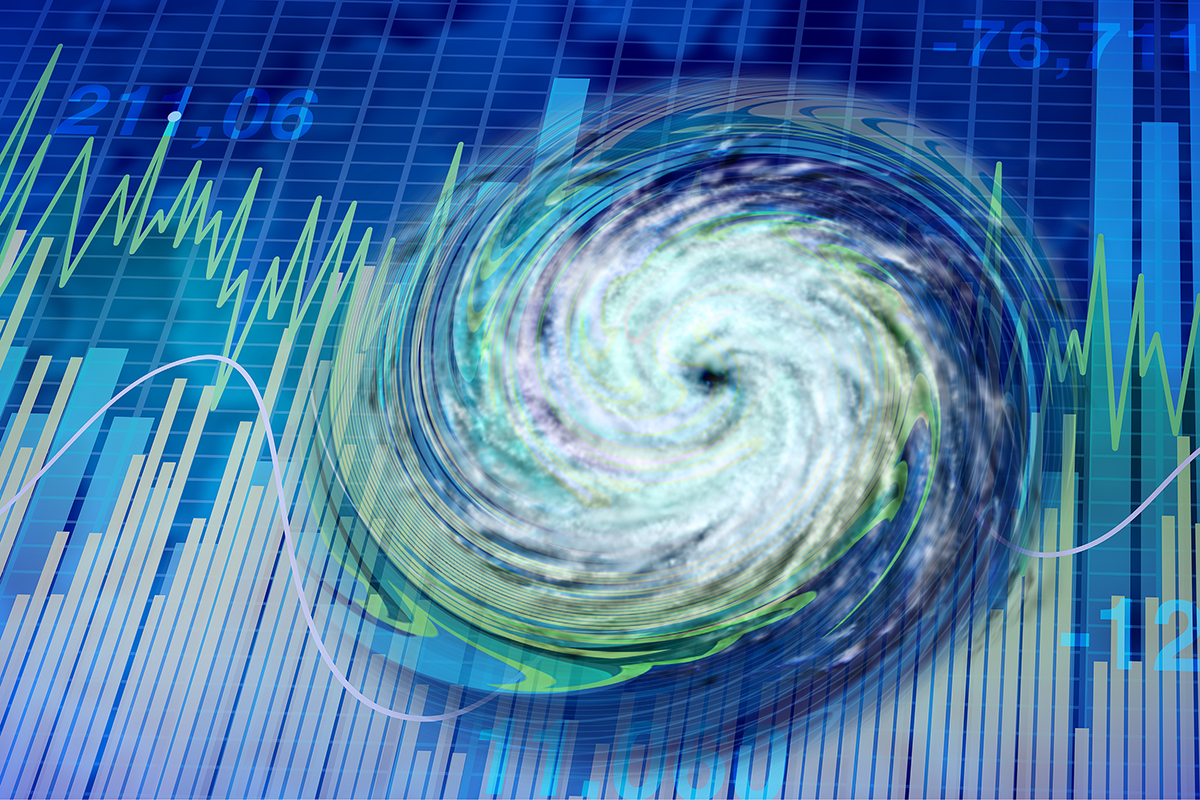 Equity markets continued to fall during the third quarter of 2022 with the S&P 500® index down 4.88% for the period. Growth stocks fared better than value stocks, while small-caps outperformed large-caps during the third quarter. Domestic equities outperformed foreign stocks, particularly emerging markets. China continued to drag performance, as its zero-COVID lockdowns have hindered economic activity.

Within fixed income, short-duration bonds held up much better than their longer-duration counterparts, as yields spiked during the third quarter. Bank loans were among the best-performing asset class due to their floating-rate adjustment feature.

Most global central banks have joined the Fed in a fight against inflation, which has had rippling effects throughout financial markets and the global economy. The recent era of cheap liquidity, which lasted though the worst of the pandemic, looks to be coming to an end. Now, higher borrowing costs likely will dampen investments, hiring, and consumption.

The housing market has been particularly vulnerable to the aggressive rate hikes, although the limited supply of homes may prevent housing prices from coming down too much. Higher interest rates have led to higher mortgage rates, which have hammered home sales. Although the housing market may seem to be in a recession, the overall U.S. economy should be able to avoid a sharp slowdown because of relatively healthy corporate balance sheets. One caveat could be if the Fed hikes interest rates even more aggressively than expected. This could happen if inflation doesn’t come down quickly enough or there is a shock stemming from more geopolitical upheaval.

The war in Ukraine has had a significant impact on inflation, particularly food and energy. Europe is particularly vulnerable to a prolonged war in Ukraine as it had depended on Russian gas. Russia’s latest escalation in the war further complicates the market outlook. Russian President Vladimir Putin has ordered the mobilization of approximately 300,000 more troops and warned of nuclear force for any threat to Russia’s territory.

Despite the global challenges, U.S. consumer spending had been resilient earlier this year, supported by savings. However, those savings from government aid have dwindled as consumers racked up credit-card debt. Credit-card debt in the U.S. has surged during the past year as high inflation dug into savings.

Furthermore, interest rates on credit cards have risen as the Fed tightened monetary policy. This environment has been particularly challenging for those who live paycheck to paycheck and spend most of their earnings on necessities such as housing, food, and gas.

So far, companies have maintained solid profit margins despite paying more for labor and input costs. This is because corporations have benefited from robust revenue growth due to unusually high pricing power. This situation may change as consumers temper their spending. As a result, companies likely will pare back hiring and capital spending. Employment conditions have been leveling off as hours worked for manufacturing jobs have started to fall. The Fed anticipates that the unemployment rate will rise to roughly 4.4% next year. Furthermore, higher borrowing costs likely will discourage investments into new equipment and factories.

The market expects Fed Chair Jerome Powell and other voting members to opt for another 75-basis-point hike in November, followed by another 50-basis-point hike by year-end. Furthermore, the Fed anticipates that it will continue raising rates into 2023. This means that the likelihood of a soft landing for the economy will diminish with each additional rate hike.

To date, the Fed has opted for forceful and rapid steps to moderate demand to align with supply. A year ago, the median expectation for the federal funds rate was below 1% by the end of 2022. Now, the federal funds rate is expected to surpass 4% by the year-end. The Fed made the mistake of reacting to a booming economy too late. Hopefully, the Fed will not make another mistake on the other end by tightening too much, too late.

Performance data quoted represents past performance, which does not guarantee future results.

This material is educational and intended for an audience with financial services knowledge.

This commentary represents the views of the portfolio managers at Pacific Life Fund Advisors LLC as of 10/13/22 and are presented for informational purposes only. These views should not be construed as investment advice, an endorsement of any security, mutual fund, sector or index, or to predict performance of any investment. Any forward-looking statements are not guaranteed. All material is compiled from sources believed to be reliable, but accuracy cannot be guaranteed. The opinions expressed herein are subject to change without notice as market and other conditions warrant.